If you’re new to electronics and want to learn to make your own devices, an Arduino project is a good place to start. Build it on an Arduino board – an open source microcontroller that allows you to explore the wonderful world of DIY electronics – with the benefit of a large helpful community. If you’re wondering what should you buy first, what follows is a descriptive list of everything you need in a starter kit to get you into the swing of things.

What to Look for When Buying DIY Electronics Gear

There are a number of decisions to make before deciding on an Arduino starter kit. This includes the type of Arduino board and sensors you want in the kit and, of course, the price you want to pay. You’ll also want to check whether the board’s header pins are attached or whether you will need to solder them on yourself. You can go either way with the latter decision, depending on how comfortable you are with a soldering iron and whether you want something that’s easy to work with right out of the box.

Get an Arduino Board

You should check whether the starter kit comes with a real Arduino board or a clone. Arduino is the name of the Italy-founded open-source hardware and software company that manufactures these boards, as well as the projects and user community around it. An Arduino clone can be good, too, as long as it is made by a reputable company with good quality assurance – such as the Maker Uno. There are also boards for specific applications, such as the Lilypad boards used for wearable projects and Adafruit Boarduino, a clone that slots nicely into a bread board. If you would like to support the Arduino project, you can buy boards directly from Arduino.

You should also decide on the size of Arduino you want to use in your build and check to see which one is included in the starter kit. Arduino boards come in a number of types or “families” that have advantages for different applications. These include:

You can buy a standalone board or a starter kit that includes the board and additional peripherals.

What a Starter Kit Contains

Besides the box or container that they come in, Arduino starter kits typically include:

Arduino sells a range of kits starting at roughly $60. Its flagship starter kit costs $110, at the time of writing, and the third revision of the Arduino Uno is approximately $28.

Clones of Arduino boards exist, as Arduino hardware and software are open source. Sometimes these clone boards can be cheaper than the official Arduino boards; however, you should check who produces them. This is not always easy to do, and unfortunately, some (but not all) makers of clone boards implement low quality control.

Arduino boards can also be slightly cheaper if the header pins still need to be soldered on. Boards such as the Arduino Micro might come without header pins and would then need soldering. If you are able to solder or up for a challenge to learn how to solder, then you can potentially save a little bit here.

Once your Arduino starter kit arrives, look it over. Check for any damage, such as bent pins on the components. See if anything is obviously broken, as this can happen in shipping, and if the package included padding.

Next, check for any quality issues in the components: whether they are soldered on securely, anything is askew, the solder is neat and shiny. Do this for all expansion boards or shields, too. It may help to look under a light microscope or magnifying glass, if you have access to one.

Also make sure that everything mentioned in the kit’s description is in the box. If there are any batteries, check that they are not swollen and that any wires in the kit have not melted down. If anything seems missing or damaged, you may want to ask for a replacement.

Once you are happy that everything you ordered is in your kit and in good condition, you can start getting familiar with it. For programming scripts onto your Arduino board, you will need a program, such as the free Arduino IDE, available for Windows, macOS, and Linux. You can download and install this to your computer or even use the Arduino IDE with a Raspberry Pi.

Next, think about what type of projects you want to build. One way to get cracking is to use prewritten scripts that are available online. Plug your Arduino into your computer’s USB port, open the Arduino IDE, choose your board, and upload code to your Arduino, like these examples on the Arduino website. It is that easy.

You can start building projects, such the beginner’s blinking light Arduino project. You will need the Arduino board and USB cable, male-to-male jumper cables, a resistor (to make sure you don’t blow your LED), and LED lights of your choice (start with easy-to-spot red). Pay attention to the voltages, as not everything can be directly connected to your Arduino and used safely.

Upgrade Your Components for Complex Projects

For your first projects, make do with what your starter kit ships with. However, as your projects increase in complexity, you’ll find that you will need a plethora of wires to connect your bread boards and many sensors connecting to those. To prepare for this, get some extra jumper wires of various types, another one to three bread boards, and perhaps a 9V battery to connect to your Arduino.

You can also connect AA batteries to your Arduino if they are in a proper housing. Some of these come with a useful on/off switch. If you know that you are going to often use batteries for your Arduino projects, get good quality rechargeable batteries. These will pay for themselves after a few projects, together with the necessary battery charger. If you buy twice the number of batteries that you need for your projects, you can swap out the flat batteries with charged ones and never worry about downtime while testing your creations.

After that, upgrade your kit to build more complex projects by getting some more sensors (such as a humidity sensor), more colors of LEDs (or even a pre-built LED traffic light) or different actuators (such as motors or a pump).

Looking After Your Arduino Board

Your Arduino board, as with many electronic components, is susceptible to moisture damage, so avoid spilling liquids on it. Also, any dust or crumbs that get into the components will be hard to clean out, so it is best to avoid contaminating the board with this debris.

If you already have dust on your Arduino, you can try to blow it off with a can of compressed air. The best practice for electronics is to also use electrostatic discharge controls, such as an anti-static band around your wrist to ground yourself and avoid any static charge from harming your new Arduino starter kit.

Move on to Cooler Projects

Once you’ve tinkered with your kit a bit, look at Arduino projects that others have built. It’ll be a good use of your time since you’ll become more familiar with how these come together.

At this point, you may start to see technical drawings using programs such as Fritzing. These lay out the connections that are needed to the Input/Output (I/O) pins on your Arduino board. This can help you learn about the different pins on the Arduino board and how to use them in your projects.

By this stage, you will have outgrown your starter kit but will still be able to use most of the included items to make even cooler projects. You can look into how to make your Arduino projects look pretty, for example, by incorporating them into a weatherproof container. You can also look into some useful tools, such as a soldering iron, multimeter and wire strippers.

If you’re feeling ambitious, look into the other Arduino boards, using them with your rechargeable batteries and battery charger, or plugging them in to a wall outlet.

If the available premade starter kits in your area are too expensive or don’t have the required items to build your next project, you could put together a DIY Arduino starter kit of your own. Start with an official Arduino board or a good clone board, then build from there. Make sure to have a good quality USB charging cable and a battery holder with rechargeable batteries and a charger if possible.

Of course, bread boards and jumper wires of various types are the next step; you can almost never have too many of these, especially if you are prototyping complex projects. You can also choose components based on the projects that you will build. If, for example, you want to make a robot or car, you would want motors for the wheels. If your project has various sensors, you may want displays for the readouts.

Should I buy an Arduino starter pack?

This depends on what you have in mind. Are you keen to build a specific project? If so, it may be better to buy the components for that project. If you are just keen to learn the basics, a starter kit would be a good way to go. Check the quality of the items, especially of the board. If in doubt, get an official Arduino starter kit: it comes with a lot of contents to help you learn and build. Not all starter kits are alike, though, so first check to see what’s included and what these kits cost.

What are some Arduino project ideas I should check out?

With a number of LEDs (at least three), you can make a Mexican wave, where the lights turn on and off in sync. If you feel like being noisy or fancy yourself a composer, use the buzzer to build a project that simply emits an audible tune, like the melody from your favorite song. Combine the flashing LEDs with the buzzer sound to make your own little disco on a bread board. You can write a short bit of code in your Arduino IDE (or get it from the Arduino community), then use the displays, such as the LCD display, to output something to say “Hello World.”

Finally, one of my favorite projects that I built is a soil moisture sensor, which is connected to my Arduino Uno and lets me know when my potted plant is too dry. It is also connected to a little pump and water reservoir and automatically doses my potted plant with water when the measurement reads low.

Are there bad Arduino-type boards?

The answer is unfortunately yes. The components used in some boards may not be of good quality, and the soldering may be sub-optimal. If in doubt, buy the official brand or clones from brands recommended above. Besides clone boards, there are other alternatives to Arduino microcontroller boards, such as the ESP32 microcontroller board and the Raspberry Pi Pico. These can be used in many of the same projects and have their own pros and cons compared to an Arduino Uno, for example.

Graham is a tech enthusiast. He is a scientist with a background in engineering. He enjoys writing and has been doing so for over 10 years.

Our latest tutorials delivered straight to your inbox 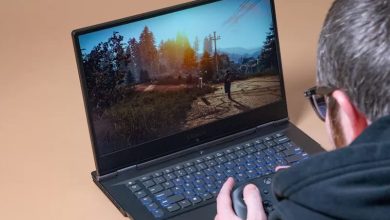 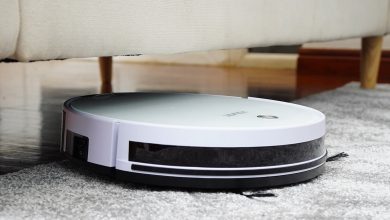 How to Choose the Best Robot Vacuum for Your Home 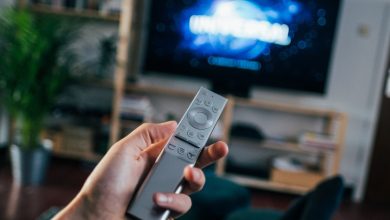 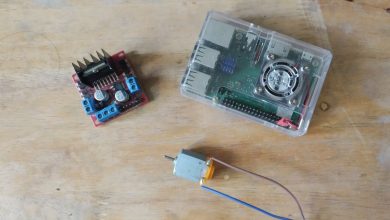